The ever growing Crossfire Team 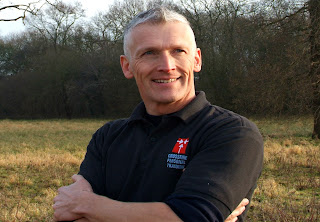 Coming from a martial arts background and holding black belts in Tae Kwon Do, Karate and Ninjutsu rod entered personal training at the ripe old age of 40, following a life threatening illness that was to change his career.

Previously he Set up and ran the country's leading chain of childcare centres, employing in excess of 800 staff around the country.  This meant a regime of bad diet, lack of exercise and stress which led to his illness and threatened to leave him permanently incapacitated.  'Choosing to retrain at that age and as something that I knew little about was daunting.  Initially I was doing it for myself, to prove the Doctors wrong!  This experience, and the insight as to what it's like to run a large business, is something that my clients appreciate when working with a more mature trainer.'

15 years on and Rod is in the best shape of his life and regularly partakes in solo events and challenges with his clients, choosing to enter along with his team for events such as Tough Mudder, Spartan, Urban Ninja and Warrior.  He continues with his study of the martial arts working towards his 3rd Dan black belt and is a keen snowboarder, mountain biker, mountain boarder and kayaker with a passion for all things mud.  He competed in the opening series of ITV's Ninja Warrior in 2015 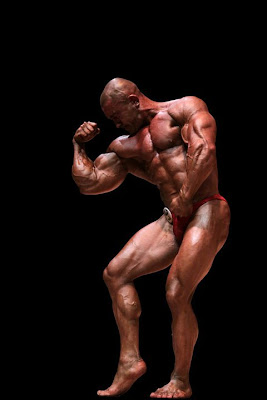 Neil is one of our more experienced Trainers with a credible track record in body building and gym management.

His addition to the team brings some serious body transformation technique to our clients wishing to concentrate on extreme toning, mass gain and body styling type roles.

In addition to this, Neil brings on board the Muscle Fury range of nutritional supplements.

Achieving these sort of results can be arduous and involve serious changes to diet and your workout strategy.  Rest assured that Neil not only has the experience to get you there but that he has a very calming, charming nature achieving results through positive motivation and mentoring.

Don't let his appearance deceive you though - Neil is no 'meathead'.  As well as being REPS and YMCA approved and owning and running 3 gyms, both female and male, he is the founder and Director of Muscle Fury, One of the most popular nutrition companies on the market.  Their full range of supplements are exclusively available to our clients to assist them in attaining their goals. 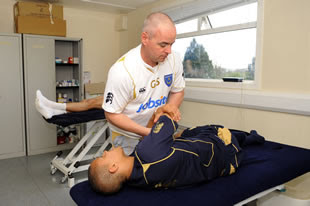 From August 2001 until August 2010 Gary was employed as the head physiotherapist to Portsmouth football club. During his 9 years at Portsmouth he has, like many of the people associated with the club, enjoyed the successes that the football team has brought to the city of Portsmouth.
Experience
He was a member of the backroom staff that has been associated together with the players with the following achievements:
Championship winning season 2002-2003
7 seasons in the premiership
2 FA cup finals
1 FA cup trophy 2008
1 European campaign in the UEFA cup
1 Asia cup trophy 2008
1 community (charity) shield match
Gary has travelled as the head physiotherapist with the team all over the world playing matches in Hong Kong, Nigeria, South Africa, Portugal, Germany, France and Scotland. In his role he has also had to travel with players to see specialists in America on several occasions, Germany and France as well as having to perform players medicals in Croatia, Belgium, France and Portugal.
Physiotherapist

Gary graduated from Guys Hospital (London) in 1990. After qualifying he worked for 6 years in the NHS before moving to Crystal Palace football club as head physiotherapist in 1996.
It was during his time in the NHS that Gary was introduced to professional football. He worked as a physiotherapist on a part time basis for 1 year at Queens Park Rangers football club and 4 years at West Ham United football club. During this 6 year spell Gary completed some of his post graduate studies in sports medicine, manipulation, PNF (proprioceptive neuromuscular facilitation) rehabilitation and acupuncture as well as help run a sports injury clinic in London. 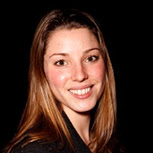 Achieving one's fitness or training goals is is a 3 stage process.  We all know about the importance of good nutrition and a well thought out exercise programme but it is equally important to get your mind 'in the right place' as well.  Whether our clients are learning a new martial art for a film, preparing for a gruelling charity challenge or undertaking one of our TBT (Total Body Transformation) programmes, the use of Hypnotherapy can play a crucial part.

We offer a combination of Hypnotherapy, NLP (Neuro-linguistic Programming) and CBT (Cognitive Behavioural Therapy) to help our Clients take the necessary steps to achieve their goals.

Erika has been practicing complementary medicine for over 10 years and, as well as her work with Crossfire, runs her own busy practice in London with clients such as BAFTA, The BBC, Credit Suisse, The House of Commons and Transport for London to name a few. 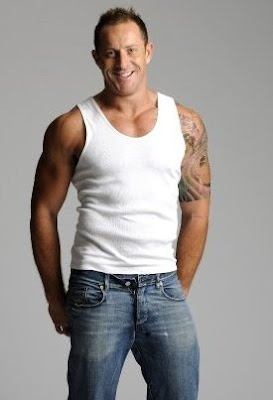 Personal trainer and corrective exercise specialist Rhys Brooks has a celebrity training background and is always keen to ensure the highest standards of confidentiality and professionalism when working with his clients.

Rhys is renowned for getting his clients into their best ever shape and feeling great through his holistic approach to health and fitness. He treats the body as a whole in order to help clients achieve optimal health and performance in order to meet the demands of their environment, whether it be sitting in an office, lying on a beach or competing in professional sports. Rhys has helped many chronic pain sufferers eliminate pain from their daily life restoring flexibility and mobility back into the body through his carefully designed corrective exercise programs. He gives advice on everything from physical training, nutrition, posture, stress management to mental health.

Rhys is committed to the highest possible standards. He has qualifications from the C.H.E.K Institute California, The University of Technology Sydney and The Fitness Institute Australia. He is a certified C.H.E.K Practitioner and holds a degree in Management in Sport and Exercise and is a member of the register of exercise professionals. Rhys maintains ongoing study and is currently studying the Poliquin Biosignature method 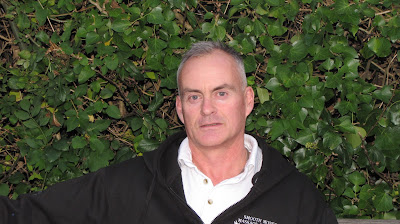 Paul is an experienced, professional and likable therapist often seen down the local gyms working on the 'big' guys with their plethora of aches, pains, tendinitis, trapped nerves and general whinges after their heavy sessions.
As well as working with bodybuilders Paul is physio for a south coast football team and is 'on-call' for a number of sports people.

'People often under estimate the role that deep tissue massage can play either in rehabilitation or maintenance, particularly during periods of intense transformation where the body is being put through all sorts of stresses and strains in order to attain a new shape' says Paul.

As well as working with deep tissue massage Paul can also administer a more relaxing Swedish style massage - often offered as reward after a hard week of training! Building on our philosphy of the 'Three cornerstones of fitness', we are pleased to introduce our Life Coach Emma, an accredited professional coach specialising in health and well being.

Bringing over 14 years experience in business as well as a successful track record in Life Coaching, Emma's approach is both powerful and motivational and assists our clients in achieving their goals from general fitness, weight loss and flexibility to helping memorise lines, focus on a new part or holding that important Board meeting.